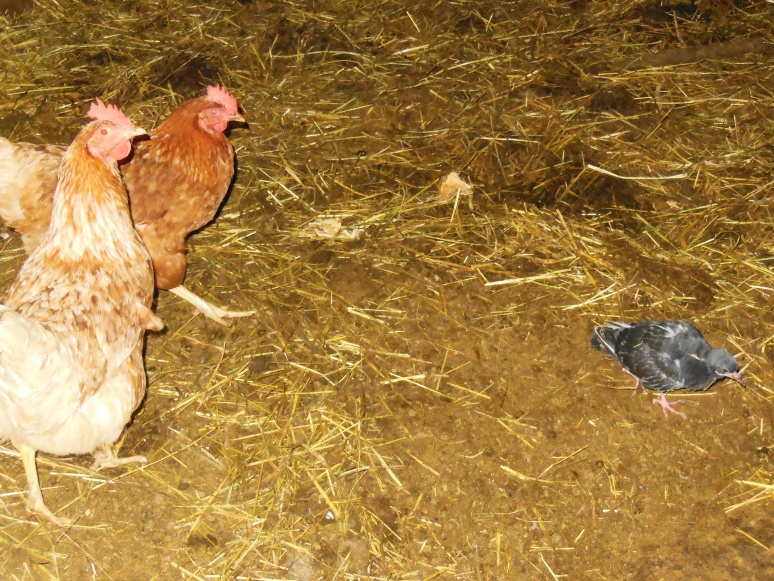 I’ll admit, I was expecting to find a pile of  feathers as the only evidence of Little Pigeon today. But apparently Tiggy wasn’t hungry. He was still wandering around the barn. Seemed to be OK… Until I fed the chickens. They don’t seem to mind him pecking and scratching around. When I filled their feeder there was a feeding frenzy, as usual. Then Little Pigeon got too close to their feeder and the hens all wigged out! Holy Crap! They were so violent! All six of them attacked him. They were pecking him so hard, picking him up in their beaks, throwing him around. I thought they would kill him. Keen to the rescue! Had no problem catching him today. I took him back in the haymow. But I don’t know if his parents will still take care of him. I’ll check on him again tomorrow.