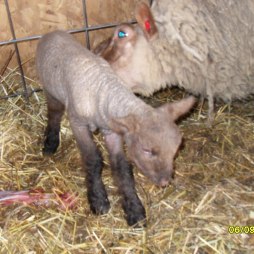 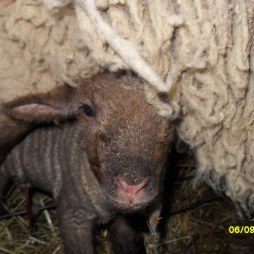 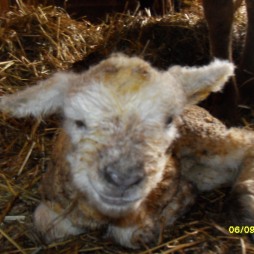 Found three new babies in the barn this morning. Fawn’s lamb, Frank, was the driest of the three so must have been born first. He weighed in at a whopping 14 lb.!

Marty’s girl, Marge, was still somewhat damp. She weighed in at 11 lb..

Barb’s lamb, Babs, dropped minutes after I walked in the barn. This is Barb’s first time being a mama. She did a great job cleaning Babs off and bonding with her. They seemed to be doing fine when I finished up with chores. Sissy checked on the new lambs when she got out of work. She texted me to say that Barb would not allow Babs to nurse. This happens sometimes with new mamas. They just don’t like the sensation of the lamb touching their udder. Usually if we hold the ewe still while the lamb nurses a few times the mamas get used to it and don’t have further problems. Sissy held Barb this afternoon. Apparently she was really freaking out about it. When I got home later that evening I did the same. Maybe because Barb is more comfortable with me, maybe because it was the sheep’s drowsy time, maybe because I just used the light from the 24-hour night light rather than turning on the barn lights, Barb was quite a bit calmer for me. Babs did not seem ravenous for me. I’m thinking Barb just needed to get used to the idea. I’ll see how they are doing in the morning.