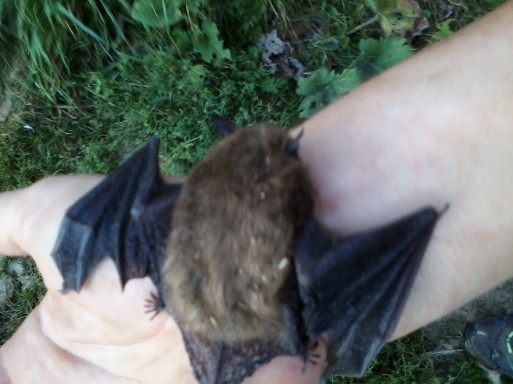 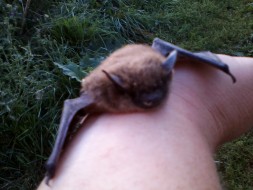 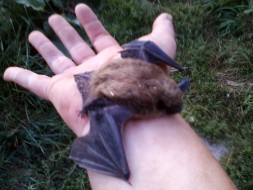 I found this little guy crawling around on the floor of the haymow. I don’t know how he got there, maybe he was sleeping on the hay elevator and fell off when sissy turned it on today. As it turns out, bats cannot become air-born from the ground. They need to fall into flight. Look at his teeny tiny little feet! He wanted to climb up my arm. When I blocked his progress he opened his tiny little mouth to snarl at me, showing me his itty bitty, minuscule teeth. After taking a few photos I put him on the trunk of the pear tree. He immediately climbed up out of reach, using his tiny little wing claws and little bitty feet. Then he turned around so he was head downwards. It was dark by the time I was done with chores. I checked the pear tree before heading to the house. He was not there. I am hoping he is out there hunting bugs as I write. He was so friggin’ cute! I don’t think he was injured. Just needed a little help.