Keendays are the days when I get to babysit my nephew, Levi. He is the one who gave me the name Keen when he was just starting to talk. “Aunt Carleen” was too much for him to master, so I became “Keen”. Nowadays I am Aunt Keen.

Yesterday was a Keenday. After breakfast I sent him to his room to get dressed while I went out to the front porch to have a smoke. I had not quite finished my cigarette when he came out the front door, completely naked. He stood there on the top step, asking me one question after another about many random subjects. Finally I reminded him that he was supposed to be getting dressed and that every car driving past on the road could see his “business”. He said, “Oh, yeah.” and headed back to his room, ostensibly to put some clothes on.

After a few minutes I went to check on his progress to find this: 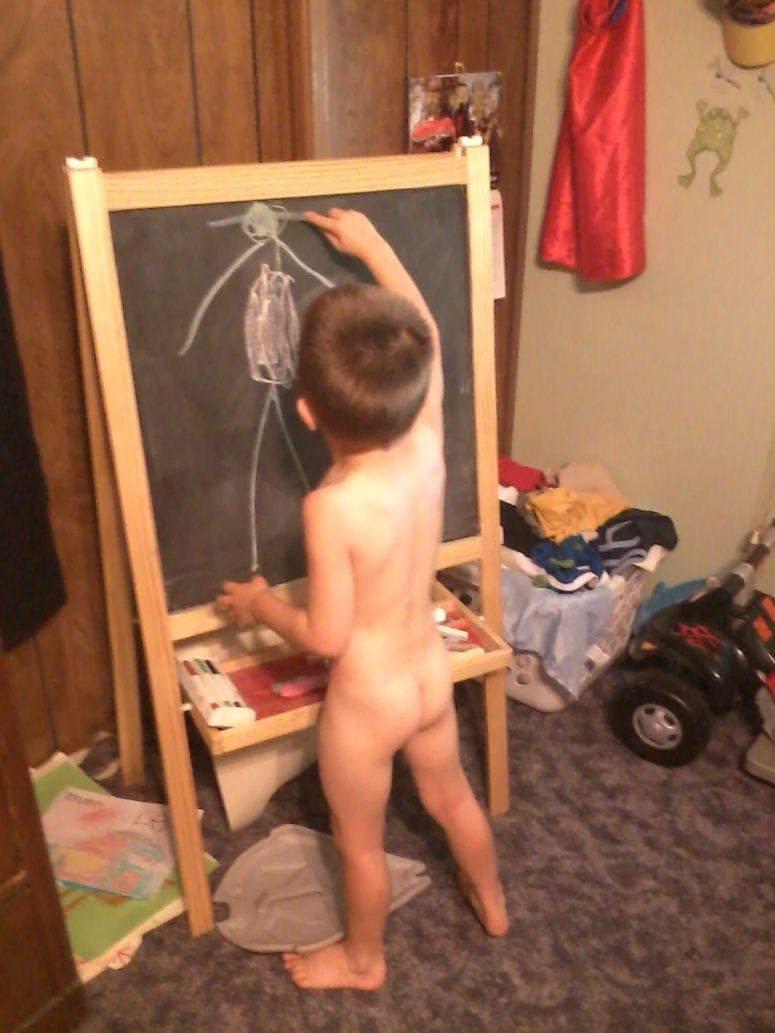 After drawing two ninja turtles and Shredder and convincing me to draw Splinter it was time to complete the process of getting dressed…. 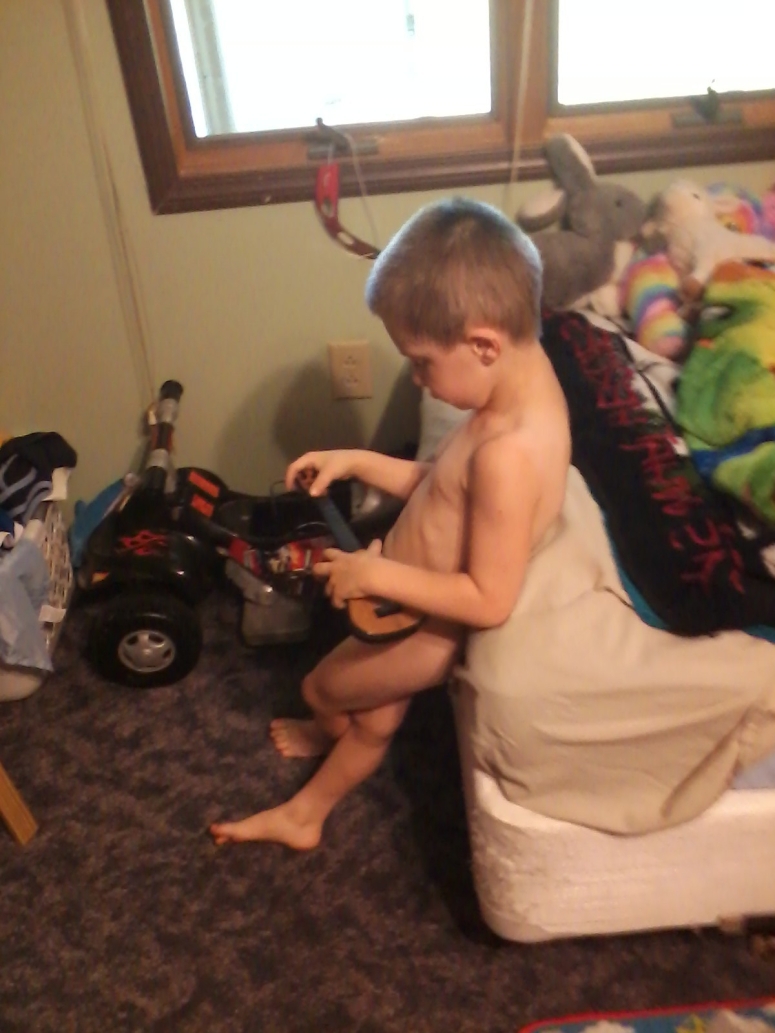 After accompanying himself on the guitar to “Bingo was his name-o”, dancing around the room, and inviting me to play a tune as well, it was REALLY time to get dressed… 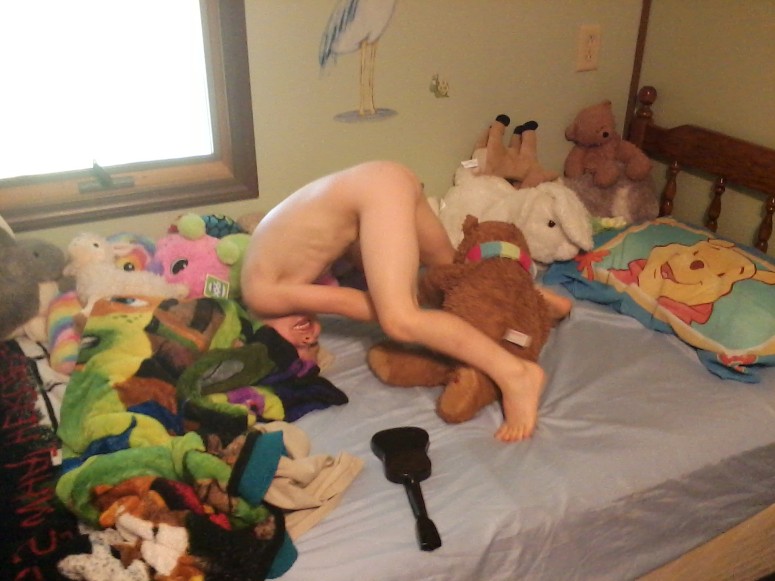 AFTER a wrestling match with BigBear, running from one end of the house to the other a couple of times, and taking pictures of Mr. Magoo, the cat, on his camera, Aunt Keen was starting to lose her cool a little bit. “GET YOUR CLOTHES ON!” At which point he actually did open his dresser drawer and got some clean clothes out….

He actually put on some underwear, pulled his little tool box out form under the bed and proceeded to take inventory of all his tools, measure everything in his room with his little tape measure, and inform me he needed a “real tool belt” for his next birthday.

As he rambled on he began planning out what toys we were going to play with for Keenday. (Tinker toys first, then tractors) I reminded him that we couldn’t play anything until he PUT SOME CLOTHES ON! Oh, yeah. Finally, finally he actually put some on shorts and a shirt. (After a thoughtful consultation regarding which shorts and shirt combo would be best for the day.)

The whole process of “getting dressed” must have taken at least 45 minutes. I was exhausted. He was raring to go! And it wasn’t even lunch time yet….